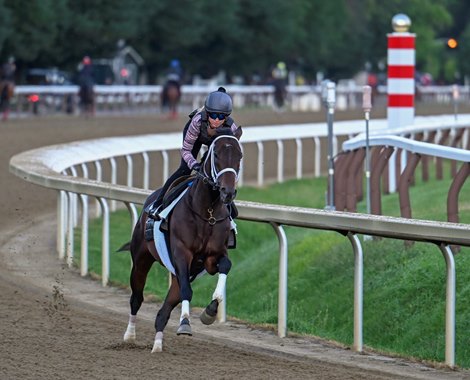 Life continues to be good in trainer Todd Pletcher’s barn.

As well he should. When you have a horse called Life is Beautiful the sun is always there.

The 4-year-old colt, owned by WinStar Farm and China Horse Club, had his last job before the $1 million Whitney Stakes on August 6 (G1). With regular exercise rider Amelia Green on board, Life Is Good covered four furlongs in: 48.25 on July 30 on the main track at Saratoga Racetrack.

“Another impressive decision,” Pletcher said. “I thought he seemed to be jumping over the ground, a super gallop.”

Pletcher said he has yet to see the son of in mischief having a bad day since he came to his barn last year.

“It’s pretty rare,” he said. “He loves what he does and goes there with enthusiasm every day. We just did half time because we knew he would gallop hard, and I told Amelia on the radio to start relieving him around the bend. He kept going; she had to reach out and grab him at the half-mile post to make him stop.”

Pletcher said Happy Saver, a 5-year-old son of super saver , heads for the Whitney. The American Revolution could also go in that direction, but Pletcher said he will speak to WinStar president, CEO and racing director Elliott Walden before a final decision is made.

Americanrevolution, a 4-year-old son born in New York Constitution would be pointed to the Jockey Club Gold Cup (G1) at Saratoga on Sept. 3 if he doesn’t race in the Whitney.

“They both turned out exactly as I expected,” Pletcher said. “They’re not the kind of horses that blow like Life Is Good does, but they’re both in good shape.”

Pletcher also worked at Whisper Hill Farm’s charge it its competitor for the Runhappy Travers (G1) on August 27. In his first job since winning the Dwyer Stakes (G3) at Belmont Park July 2 by 23 lengths, the son of Carpet completed four furlongs in: 49.06.

Regional tune-up events in a city near you – ACFO-ACAF