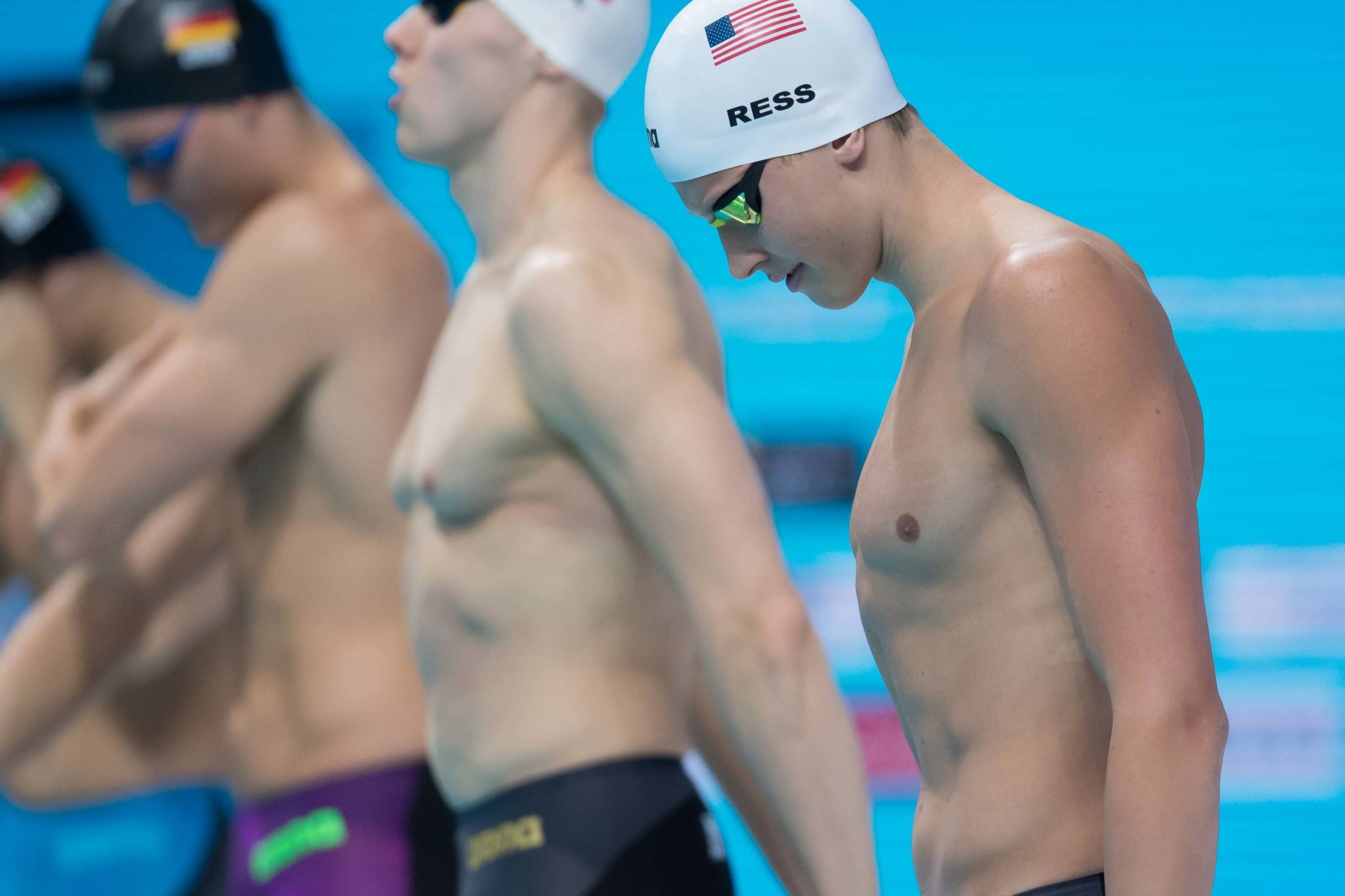 The Mission Viejo meet was comprised mostly of age group swimmers. One of the notables was 24 years old justin ress, who swam the 100 free in 49.12. He was four tenths off his best time of 48.74.

Other impressive swims for Mission Viejo in the age group ranks include 10-year-old Ben Yang, who lost more than two and a half seconds in the 50 butterfly to pass a 33.29. His previous best time of 35.96 was set last July. This race is the third fastest 10&U time in the country this year.

justin ress was the only athlete to compete on the Mission Viejo intrasquad team which is also scheduled to swim at the United States International Team Trials next week. Ress recently joined the new pro group Mission Viejo after 7 years with the elite NC State/Wolfpack.

Four University of Missouri swimmers who swam on the intrasquad squad last weekend will also compete in the trials: Will Whittington, Jack Dahlgren, Grant Bochenski and Sarah Thompson.

In addition to the 200m freestyle, Dahlgren must swim a total of eight events at the Trials. These include the 200 butterfly where he placed ninth and the 100 butterfly in which he placed 19th.

Thompson has competed in three individual events at the NCAA. She finished 22nd in the 50 freestyle (SCY) and 100 butterfly (SCY), swimming just short of her personal bests in each.

Whittington and Bochenski are the top seeds for next week’s Trials in SCY time only. Whittington’s 50 free (LCM) time of 23.76 from last weekend is 0.47 seconds off qualifying practice time. Bochenski swam the 100-meter freestyle and 100-meter return last weekend, posting times that were 0.80 and 0.62 seconds respectively off the qualifying times.

AAMCO can fix your car and save you money