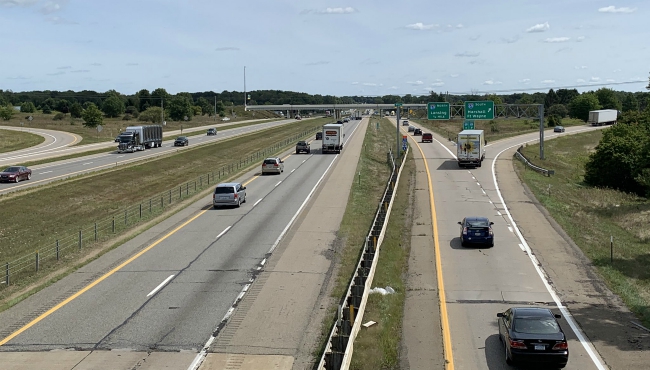 GRAND RAPIDS, Mich. (WOOD) — If you gassed up your vehicle in Kent County a year ago, AAA says you paid about $2.82 a gallon. If you filled up this week, it was closer to $4.25. So how can you get the most out of your money?

You’ve probably heard that simply slowing down and using your cruise control can keep your mileage in check. With Grand Rapids Community College automotive department associate professor Brett Atchison at the wheel, News 8 took a spin to see exactly how many. We took the freeway with the cruise control set at 70 mph.

“Our current is 28 mpg, average is 27.2,” Atchison said as he looked at the mileage reading. “We went from 23 miles per gallon to nearly 28 by just slowing down 10 miles per hour.”

While 60 mph on the highway might be a little slow for most, it illustrates how you can increase your mileage by slowing down.

AAA: How to Optimize Fuel Economy

In addition to slowing down, you should check your tire inflation and make sure your vehicle is in good mechanical condition.

And consider giving up your remote starter.

“It’s warming up; everything is nice and warm when you get in your car in the morning. It takes a lot of gas. I mean, you literally get zero miles per gallon when your car is sitting there idling,” Atchinson said.

Of course, winter won’t last forever. It will heat up soon and when it does you might be tempted to roll down the window and let in the cool air, but it will cost you.

“The car has certain aerodynamic properties. When the windows are up, the car is more aerodynamic. When you lower the windows, you increase the drag of the car,” Atchinson said.

Don’t accept the idea that intermediate and premium fuels will increase your mileage.

“If the company that built the car says they don’t need premium, don’t use premium,” Atchison said. “It will literally do no benefit to your car.”

Inside woodtv.com: find the cheapest gasoline near you

You may want to rethink your itinerary. Many GPS apps now offer an option that will allow you to find the most fuel-efficient route.

“These fuel-efficient route options take you away from city driving. Because those stops and starts … idling in traffic, all of that is really where all your mileage goes horribly wrong,” Atchison said.

While there’s no one-size-fits-all idea for increasing your mileage, a few extra miles here and there can add up.

“If you do even two or three of those things that we talked about, you’re going to see a difference in your gas bill,” Atchison said. “The more you can do these things, the better for you.”