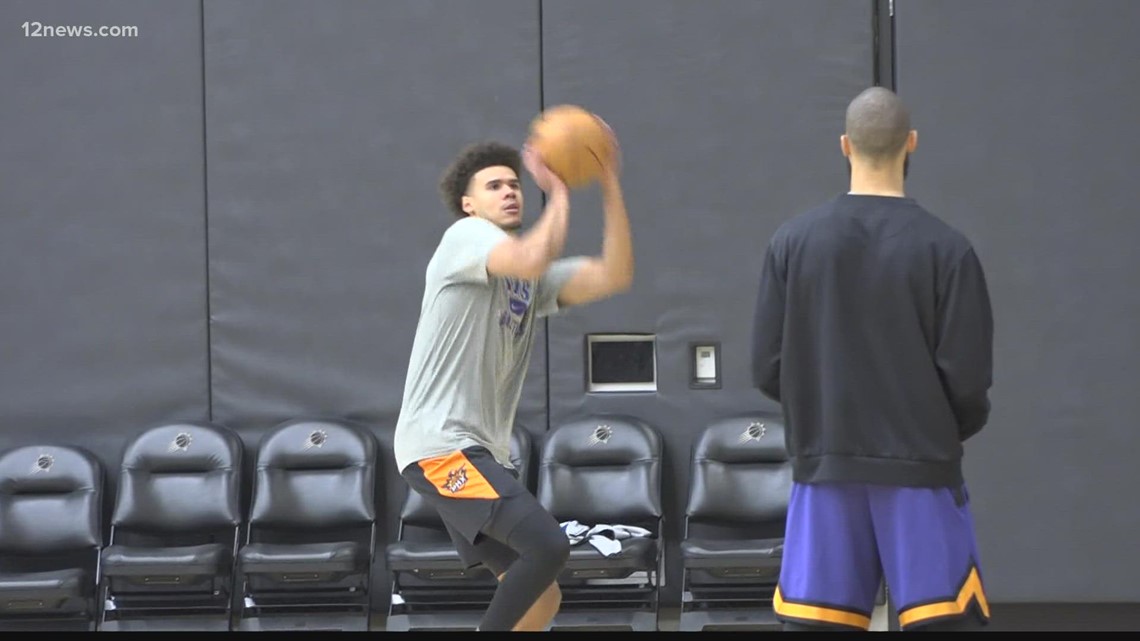 The Phoenix Suns make their final tune-ups before opening the playoffs as a no. 1 seed in the Western Conference.

There’s no lack of confidence on this Suns roster, that’s for sure, as they prepare for what is hopefully a long postseason ahead of them.

“We will continue to prepare to a high standard,” guard Cam Johnson said. “That’s what we did last year around this time, and that’s what we’re looking to do right now.”

The Suns have been here before, trailing by two games in last year’s NBA Finals against the Milwaukee Bucks.

Johnson said while learning from the team’s past mistakes is important for the franchise’s overall growth, there’s a fine line to walk.

“I wouldn’t compare it to last year, I think it’s a bit dangerous,” Johnson said. “I think our level of focus and attention to detail has been high, and with every playoff game you can’t just assume because you’ve been here before that it’s going to be the same. Always expect the unexpected. »

The team will have seven days without competition as the No. 1 seed awaits its opponent due to the NBA play-in tournament. Phoenix will face either the Los Angeles Clippers or the New Orleans Pelicans.

In the meantime, coach Monty Williams said the preparation of both teams was crucial, but in moderation.

“We’ve been through a lot the last few days,” Williams said. “I know they can’t wait to get back on the floor and play against someone else and to win against someone else. I don’t want to overdo it and overthink things when it comes to certain things with our team.

Even with a week-long break, it doesn’t seem likely that they will have to think too much about their opponent.

After all, the Suns have the NBA’s best record with 64 wins and are hoping to win 16 more to bring the franchise’s first NBA title to the Valley.

Phoenix will open Round 1 next Sunday inside the Footprint Center at 6 p.m.

Stay up to date on the latest sports stories from Arizona with 12 News.